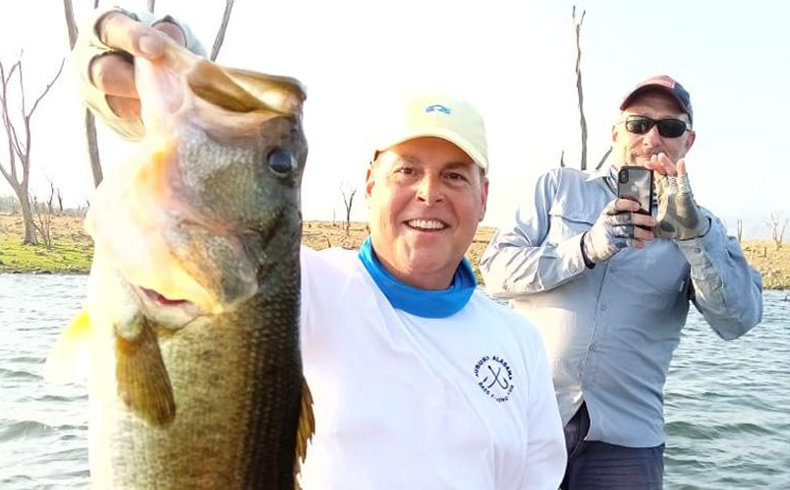 GAINESVILLE, Florida (September 28, 2022) – Anglers Inn International, with popular 5-star fishing destinations in Mexico and Brazil, announces the opening of their 2022-2023 season at Lake El Salto and Lake Picachos. Billy Chapman, owner and founder of Anglers Inn, made the announcement reporting that lake levels in both lakes are ideal for a great autumn start. Anglers Inn outfitting operations in Mexico started more than 45 years ago and has been at Lake El Salto and Lake Picachos since the lakes were opened.

Legendary Lake El Salto is a widely recognized trophy double-digit largemouth bass lake and is a bucket list destination for anglers worldwide. Relative new comer Lake Picachos is building its fish population each year and reports over this last season included numbers of fish caught per boat per day exceeding 100 with heavy fish including an occasional 10+ pounders.

Anglers Inn lodges are legendary for exceptional fishing and the highest caliber of service and facilities. An inductee in the National Fishing Hall of Fame, Chapman is the only outfitter to be so honored. A new destination in Florida is planned and in development.